Do Both Parents Have To Be Catholic To Baptize A Baby?

All Christian denominations have one thing in common, the sacrament or practice of baptism. While some denominations such as the protestants do not advocate for infant baptism, Catholics have no problem baptizing your baby.

However, baptism isn’t just a ritualistic practice, it has scriptural significance. It is a tradition that goes as far back as the time of Jesus or even beyond.

Essentially, baptism is done to free the baptized from the original bondage of sin. It is the burying of the old and taking up of the new.

The original sin refers to the perpetual sin transmitted from generation to generation, tracing back to Adam and Eve. Think of baptism as a vaccine against the original sin.

In a Catholic tradition, baptism is the first sacrament after which comes others such as the Eucharist, Confirmation, Reconciliation among a string of many others.

So do both parents have to be Catholic to baptize a baby? Read on to learn more.

The Ritual Of Baptism

Before diving into the question of parents and their religious inclination, let’s begin by looking a little deeper at the practice of baptism in the Catholic context.

Typically, Catholic baptisms take place on Sunday mornings during the parish mass or late in the afternoon when all masses have been concluded.

The deacon or priest conducts the sacrament, pouring blessed water and anointing the baptized with special oil. The water which is normally poured at least three times over the baby’s head is used to invoke the Holy Trinity – God the Father, the Son, and the Holy Spirit.

In terms of dressing, the baby is clothed in white garments as a symbol of purity and a demonstration of the cleansing power of baptism.

The white garment tradition is drawn from Jesus. He was placed in the tomb in white garments following his death on the cross on Good Friday.

It is common to see parents or guardians clothing their babies with gowns passed on for generations. This continuity is itself a significant part of the baptism.

The baptism ritual is participatory. All the attendees including the parents profess their faith and reject Satan and his cunning ways. Expectedly, the parents, Godparents and members of the immediate family tend to be more involved in the baptism process.

Just like most sacraments in the Catholic Church, a person is baptized only once. Together with the sacrament of Holy Orders and the sacrament of Confirmation baptism confers an indelible mark on the soul of the baptized.

The Role Of Parents In Infant Baptism 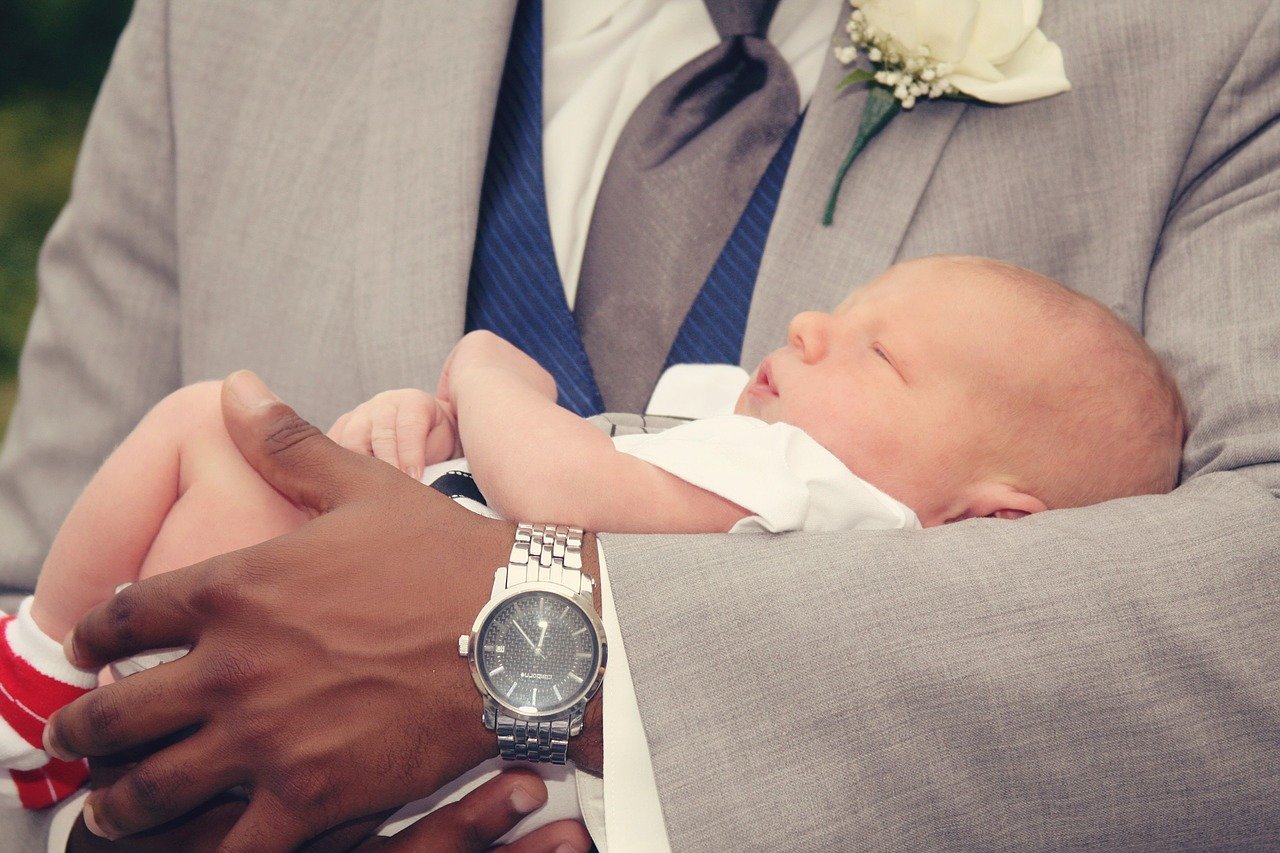 The Catholic Church, especially its stance on infant baptism has been the subject of discussion and divergent views. Some believe that parents play no significant role other than presenting their baby for the sacrament of baptism before the deacon or priest.

On the other hand, some believe that parents have an indispensable role in their child’s after-baptism life that if they cannot commit to fulfilling those roles, then baptism is better off postponed.

Amid these seemingly clashing views, we turn to the Catholic Church doctrine to find out exactly what the position is.

On November 21, 1980, the Vatican hosted the Congregation for the Doctrine of Faith. It is this congregation that reaffirmed the place of infant baptism in the Catholic faith.

Several preconditions were set regarding the baptism of infants in the church. Below is a brief analysis of what these stipulations were and how they affect the faith of parents.

During the baptism, parents are required to give an assurance that they will train and teach the baby so baptized in the faith. In this way, they would be fulfilling the requirement of the sacrament.

If the assurances are non-existent or not seen as being serious, the priest has the power to postpone or refuse to conduct the baptism.

Where there is no reasonable hope that the baby will get the required upbringing in the faith, the priest can delay the baptism until evidence of living faith can be established.

Parents Must Be Catholics

While some people suggest that there needs to be only a commitment to raise the child in the way of faith, the Catholic Church requires that both parents be Catholics.

However, there have been provisions where one parent having demonstrated their Catholic faith can be allowed to present their child for baptism even if the other parent is not a Catholic.

The sacrament of baptism is not just for the child, it is for the parents as well as they have an important role to play. They are personally responsible for upholding and inculcating Catholic faith and values into the child.

The Church therefore has made it clear that parents who are not Catholic should not present their child for baptism. The reason being they do not offer the assurance necessary that they will bring up the child in the fear and admonition of God as directed by the Catholic faith.

Godparents And Their Role In Child Baptism

Besides parents, the baptized usually have sponsors commonly referred to as Godparents. There must be at least one Godparent, but you can have two of each gender. Traditionally, Godparents would take care of the children in the absence of parents.

Today, things are a little different and Godparents have neither ecclesiastical nor legal authority over the children.

However, their role in being a good Christian witness remains central in baptism. They are a role model and continue to practice the Catholic faith with a lot of commitment.

Baptism is a very crucial practice in Christianity and more so the Catholic faith. Infants are to be presented by their parents who are supposed to be Catholic.

In this way, the congregation and the priest can be satisfied that the parents meet the requirements to raise their baptized babies in the way of the faith and catholic values. The parents will also be invited for some preparatory classes ahead of the baptism.

3 thoughts on “Do Both Parents Have To Be Catholic To Baptize A Baby?”