What Does A Lion Symbolize In The Bible?

When it comes to symbolism, the Bible is not wanting. There are lots of inferences made to animals (crows, doves, etc) and even physical features. On animals, biblical symbolism about the lion almost always depict its protective or destructive nature. Anywhere the lion is mentioned, there is an immediate feeling of strength, power, and dominion.

However, let us not preempt; instead, let’s jump right in to see the different kinds of lion symbolisms that the Bible brings out. Read on to learn more on what does a lion symbolize in the Bible. 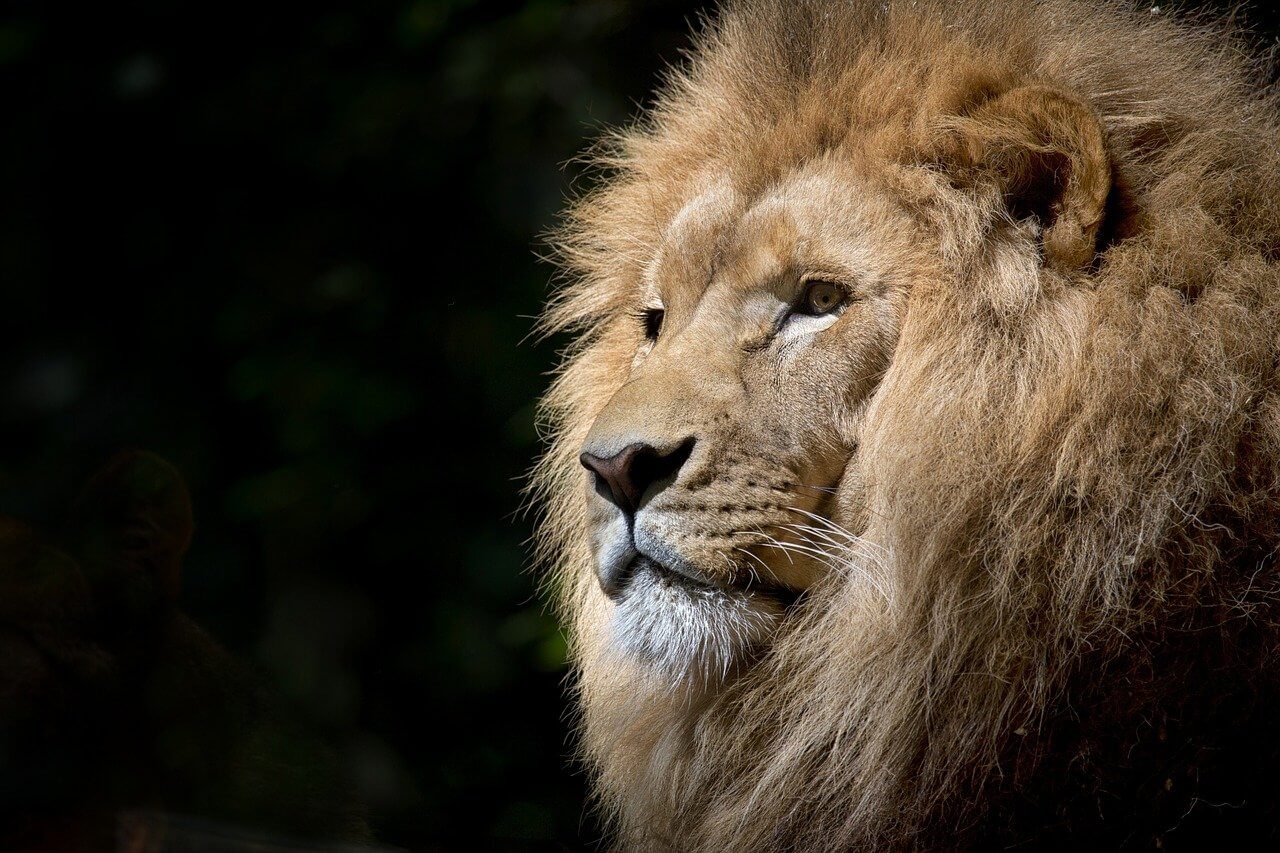 “Be alert and of sober mind. Your enemy the devil prowls around like a roaring lion looking for someone to devour.”

Christians are encouraged to be on guard both physically and more so spiritually because Satan, the enemy, is powerful, strong and capable of causing destruction.

Just like a lion, Satan is prowling in a majestic, determined and stealthy manner. Any chance with such an animal as courageous as a lion leaves you with almost no other alternative than death.

The bible animates the spirit of destruction to bring out its ferocity and to help Christians understand the kind of opposition or enmity to expect and how to take cover or prepare.

Symbolizes The Power And Person Of God

Jesus is referred to as the Lion of Judah. Revelations 5:5:

“Then one of the elders said to me, “Do not weep! See, the Lion of the tribe of Judah, the Root of David, has triumphed. He is able to open the scroll and its seven seals.”

God manifests his power in different ways throughout the Bible and the lion has been used severally in a symbolic way. At times Christians struggle to understand the unique attributes of God. Therefore, the Bible uses characters such as the lion to show just how powerful and strong to save God is.

Just as when the lion roars and almost every animal in the forest take cover, so is the power of God. In Hosea 11:10, the Bible records:

“They will follow the LORD; he will roar like a lion. When he roars, his children will come trembling from the west.” 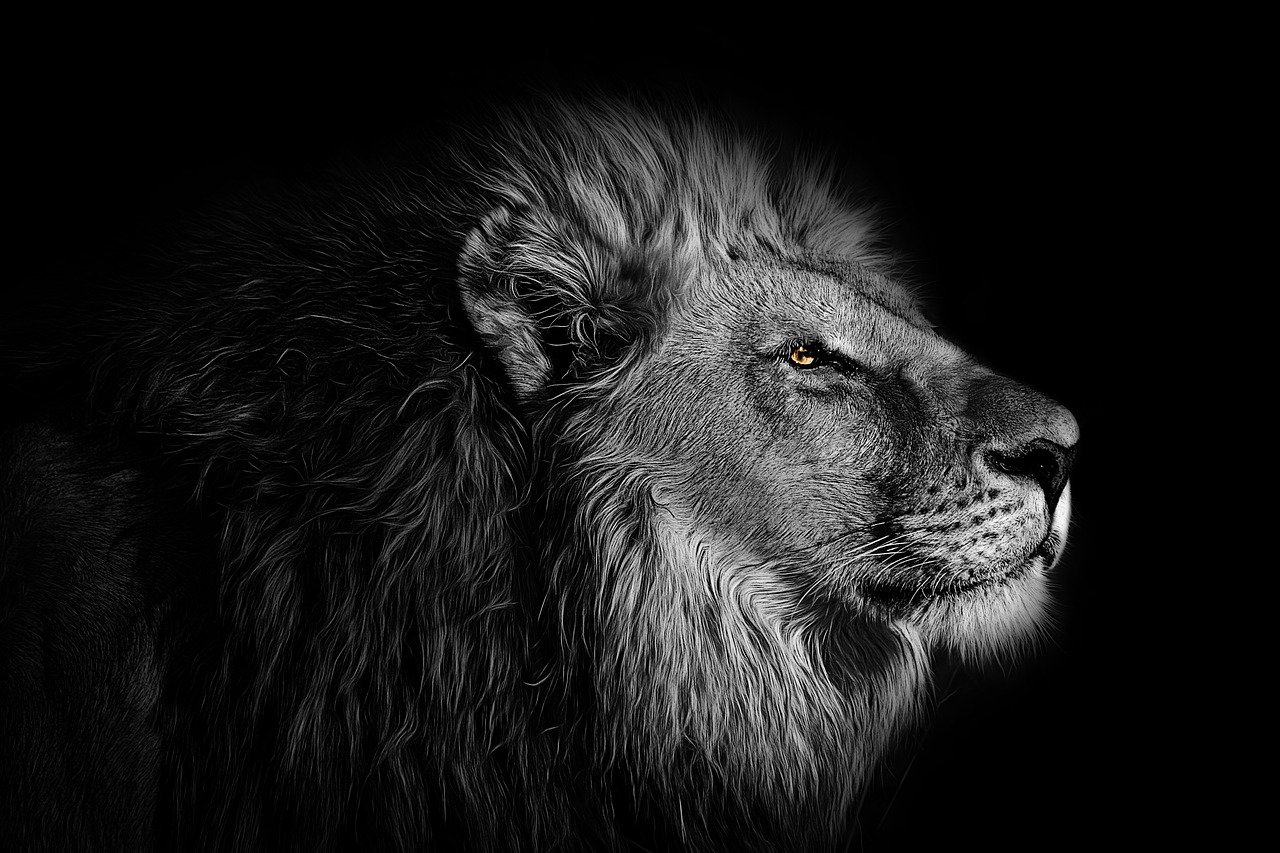 Christians are assured of God’s protection even as they live through this difficult and sin-tainted world. The strength to overcome is not an intrinsic value of Christians but rather a quality of God.

As long as Christians find refuge and strength in God, there are assured of his protection. Whether you dream or see the vision of a lion in the Christian context, the first impression this creates is that you are under the surveillance of the heavenly powers and you are guaranteed of safety and protection.

Isaiah 31:4 captures the essence of the protective power of God upon his people. It is likened to that of the lion:

“This is what the LORD says to me: “As a lion growls, a great lion over its prey– and though a whole band of shepherds is called together against it, it is not frightened by their shouts or disturbed by their clamour– so the LORD Almighty will come down to do battle on Mount Zion and its heights.”

There is life beyond this world in the realms of heaven. On several occasions, the Bible has given us a rare glimpse of what the heavenly dimension looks like. In particular its inhabitants, the angels and the elders.

In Ezekiel 10:14, the Bible gives us a privileged opening into the heavenly realms and showing us through Ezekiel the form of some of the most treasured celestial beings – the cherubims. The bible says:

Each of the faces of the cherubim represents a quality of God. The face of a lion represents the power of the angelic beings to attack, destroy and defend. In Psalm 18:10 the Bible illustrates God bowing out of heaven to come and rescue David his servant:

“He mounted the cherubim and flew; he soared on the wings of the wind.”

This is a clear show that the cherubim, which bears the face of a lion, is a being of battle and God’s favourite. It is an assurance that heaven is on our side.

The power of the lion has been illustrated in different areas of the Bible as the punishment for the wicked or disobedient. In the book of Daniel 6:16, we see the king giving orders for Daniel to be through into the lion’s den.

The intent here is that whoever gets thrown into the den never makes it out. Daniel was being punished for refusing to bow down and worship the king. As God would have of his righteous people, he rescues him from the mouths of the lions.

“A lion has gone up from his thicket, a destroyer of nations has set out; he has gone out from his place to make your land a waste; your cities will be ruins without inhabitant.”

This is a punishment being meted out to the children of Israel by God because of their disobedience.

There is so much that is said about the lion in the Bible. Depending on the context, it can be a symbol of God’s protection, the ferocious power of evil, a symbol of celestial beings, or a punishment for those who refuse to toe the line.

Therefore, it is important that before you jump into an interpretation, you need to know the circumstances of the symbolism.

If it is in a dream, get to know the scenes before, during and after the instance of the lion. This will help you piece together the events and get the right symbolism.

If you are looking for more articles about bible symbolism, read this one about black panthers in the Bible.

3 thoughts on “What Does A Lion Symbolize In The Bible?”