What Does A Pig Symbolize In The Bible?

In the first five books of the Bible also known as the written Torah, we see God giving Moses commandments. Among them are commandments concerning what Israelites should eat and not eat. As we shall see, the pig is mentioned in that regard as an unclean animal.

We also see the pig mentioned in several other passages in the Bible, bringing out certain symbolisms that are worth looking at. This article will help us to put everything into context whenever we are discussing the pig with reference from the Bible. So what does a pig symbolize in the Bible? 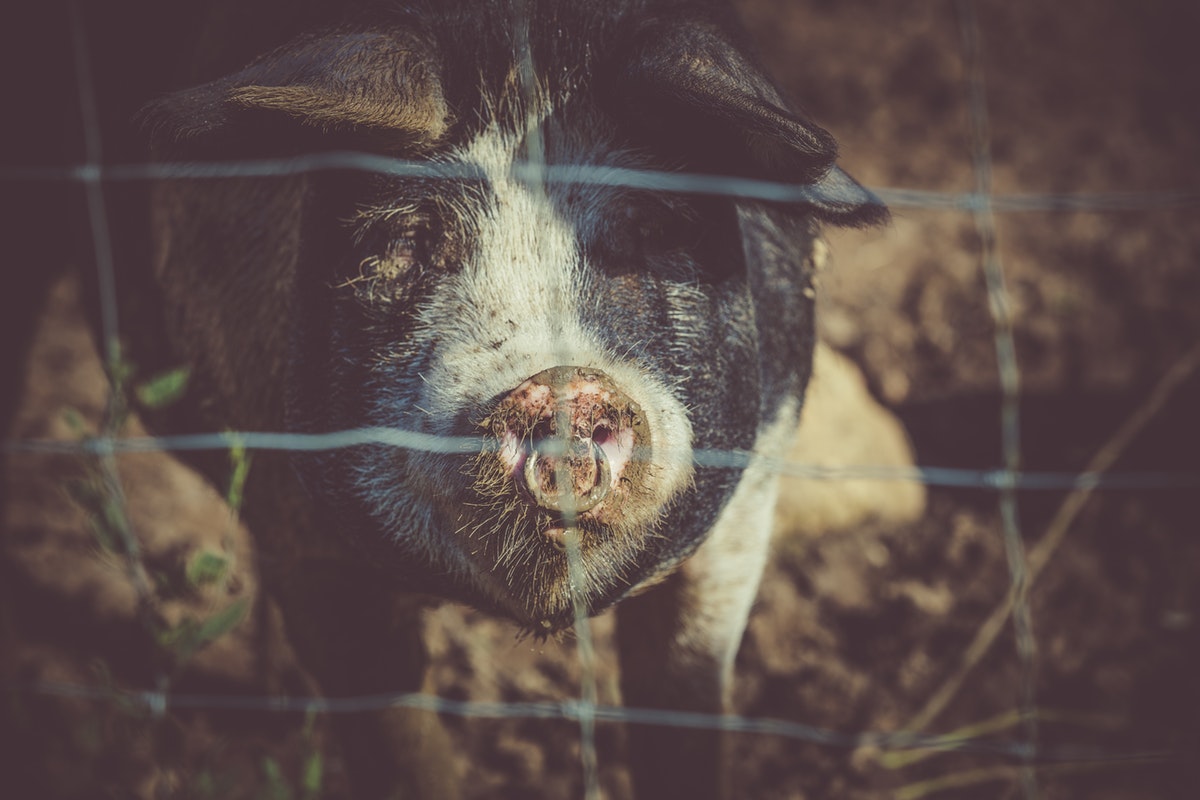 The pig and the dog have often been singled out as unclean animals according to the Jewish culture. Digging through the Bible, we come across a verse of scripture in Leviticus 11:7. This is what it says:

“And the pig, though it has a divided hoof, does not chew the cud; it is unclean for you. 8 You must not eat their meat or touch their carcasses; they are unclean for you.”

Animals with undivided hooves were generally prohibited and classified as unclean. According to the Kosher guidelines, such animals were not meant to be eaten. The pig seems to have qualified on the first condition, but it failed on the second condition because it doesn’t chew cud.

The same message is repeated in Deuteronomy 14:8 and an emphasis added that the Israelites should not touch even the carcasses of the pigs.

Symbol Of God’s Destruction And Punishment 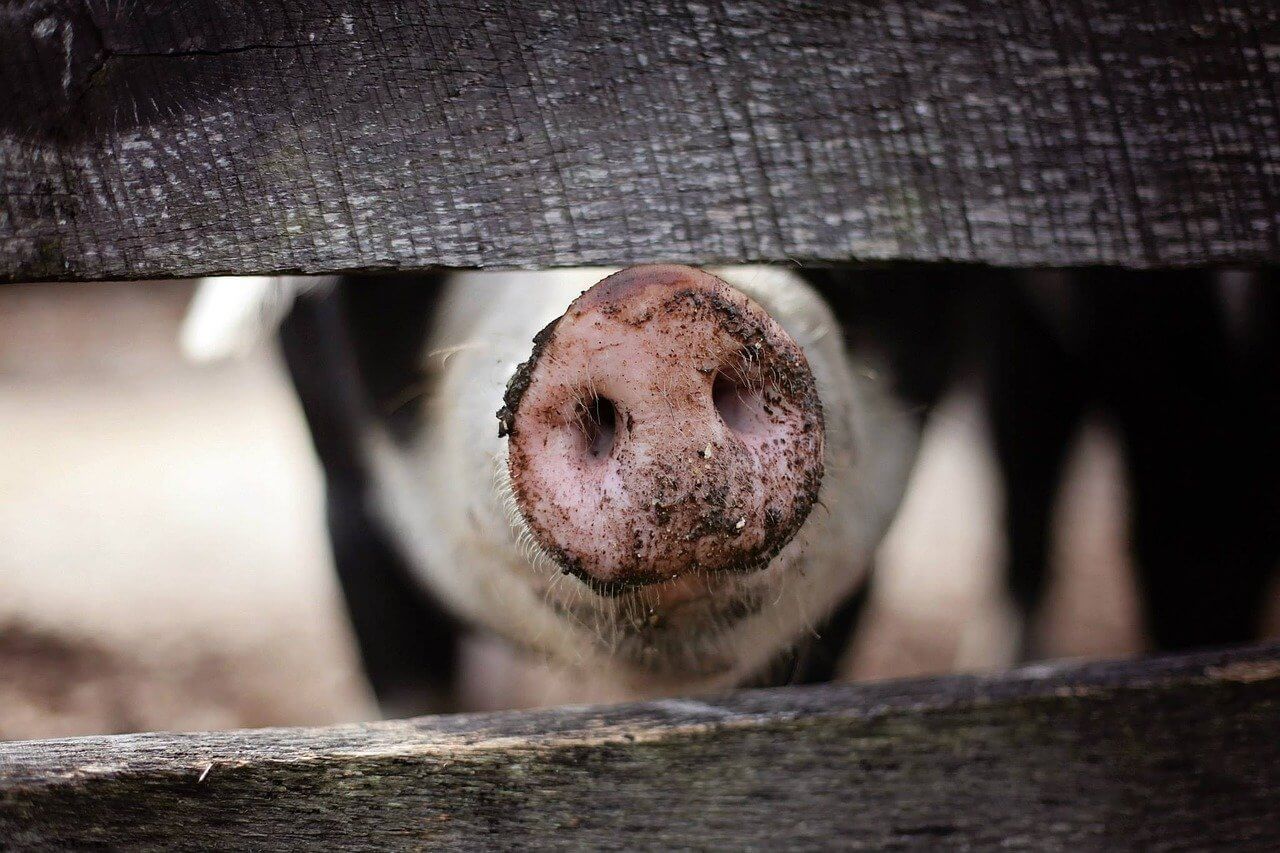 The psalmist in Psalm 80 speaks of the vine to mean the children of Israel that God loved and protected. However, midway, God turns his anger against his people and the wall that is surrounding the vine collapses.

This exposes the vine to passersby who pick its grapes and to insects and boars or wild pigs who ravage it. In Psalm 80: 13, the Bible says,

“Boars from the forest ravage it and insects from the fields feed on it.”

This symbolizes destruction by enemies or events that God allows to come upon his people. The cause of such destruction is usually disobedience on the part of the people prompting God to lift his cover and protection.

The pigs are thorough eaters and chances of anything remaining are slim, so is the severity of the destruction.

Symbol Of Rejected Worship And Sacrifice

Worship is a key pillar in Christianity and the Bible has invested a lot in explaining how the worship ought to be conducted. In the Old Testament, there were specific things that were to be offered as part of worship such as choicest animals (e.g. bulls, goats, sheep, etc) without blemish.

Whenever worship is offered in the right way, God becomes pleased with his people and showers them with His blessings. However, worship doesn’t only include the sacrifice given but the heart of the giver as well.

In Isaiah 66:3, the Bible likens grain offering with swine’s blood which means rejected offering. Just as pigs were unclean, offering their blood was a total abomination before the LORD.

… whoever makes a grain offering is like one who presents pig’s blood, and whoever burns memorial incense is like one who worships an idol. They have chosen their own ways, and they delight in their abominations. (Isaiah 66:3)

The Bible always speaks favorably of wisdom and regards it highly. In fact, the whole of Proverbs is set to debate and expound on the value of wisdom. Lack of wisdom is a character problem but can be rectified if the person wills.

The pig has been used symbolically to describe the lack of wisdom or discretion in someone’s character. In Proverbs 11:22,

“A beautiful woman who rejects good sense is like a gold ring in a pig’s snout.”

While the gold ring referring to the beauty of the woman is precious, however, the foolishness makes the person as unworthy as a pig. It is a call to embrace wisdom in our day to day living.

The bible doesn’t necessarily hate pigs or fat that they often symbolize. However, it hates the behavior of pigs that when given something good, instead of eating it with appreciation, they trample and tear it to pieces.

“Do not give dogs what is sacred; do not throw your pearls to pigs. If you do, they may trample them under their feet, and turn and tear you to pieces.” Mathew 7:6

This passage of scripture could also symbolize hurt and betrayal or unfitting things. It could be people to whom you do good and instead repay you with evil or ungratefulness. In the Christian context, it refers to how we handle God’s blessings with ungrateful hearts.

A Lowly Position In Society

God has the best plans for mankind, to give him a future and a hope and prosper him. However, because of disobedience, such privileges may be withdrawn, and the blessings revoked leaving them to suffer.

In the New Testament, the Bible gives us the story of the prodigal son who asked for his share of inheritance only to waste and squander it. After it was finished, he had no resources left yet he was in a far-off country.

Apart from the pathetic life that he had to lead, one of the jobs he took was that of feeding pigs as recorded in Luke 15:15,

“So he went and hired himself out to a citizen of that country, who sent him to his fields to feed pigs.”

Feeding pigs was one of the lowly jobs and most degrading there was in the land. However, because the prodigal son had no other option at that moment, he didn’t see that feeding pigs was impossible. Being unclean animals, handling pigs was the lowest anyone could get.

The bible acknowledges that pigs are unclean and therefore must not be eaten or its carcass touched. There is hardly any mention of pigs in a positive light. Therefore, any association or interpretation of pigs in the Bible is almost always associated with a negative attribute.

Hope you’ve learnt something out of the pig symbolism in the Bible. If you are looking for more animal related studies, have a look at this piece about owls and their bible symbolism.