What Does Fire Symbolize In The Bible?

Fire is one of the earliest inventions of man. Stretching back millions of years ago, fire has been instrumental in lots of man’s activities including heating, cooking, lighting protection, and even purification. Survivalists try to master fire and its use to stay alive in moments of crisis.

Having said that, the Bible also has a lot to say about fire and what that symbolizes in the different contexts it is mentioned. Read on to learn more about what does fire symbolize in the Bible.

The Presence Of God

When the Israelites journeyed through the wilderness to Canaan, God was there with them. His presence was manifested in different ways one of which was through fire. In Exodus 13:21 the Bible reads:

“By day the Lord went ahead of them in a pillar of cloud to guide them on their way and by night in a pillar of fire to give them light so that they could travel by day or night.”

The pillar of fire that appeared by night represented the LORD’s presence and guidance. There are many other instances where God appears in the form of fire in the Bible.

In Exodus 3:2-3 the LORD appears to Moses in a blazing fire in the middle of a bush. The interesting bit is that the fire wasn’t consuming the bush.

Symbol Of The New Testament

John the Baptist was Jesus’ forerunner. In one of the instances, he told the audience that his baptism was that of water but he who will be coming, meaning Jesus, will baptize with the Holy Spirit and fire.

“John answered them all, saying, ‘I baptize you with water, but he who is mightier than I is coming, the strap of whose sandals I am not worthy to untie. He will baptize you with the Holy Spirit and fire.’”

The new covenant as we know it was sealed by the blood of the lamb on the cross of Calvary.

So, fire presents the new baptism that is accompanied by the new believer receiving the Holy Spirit and being part of the New Testament. Whereas the water baptism was external the fire baptism is internal. 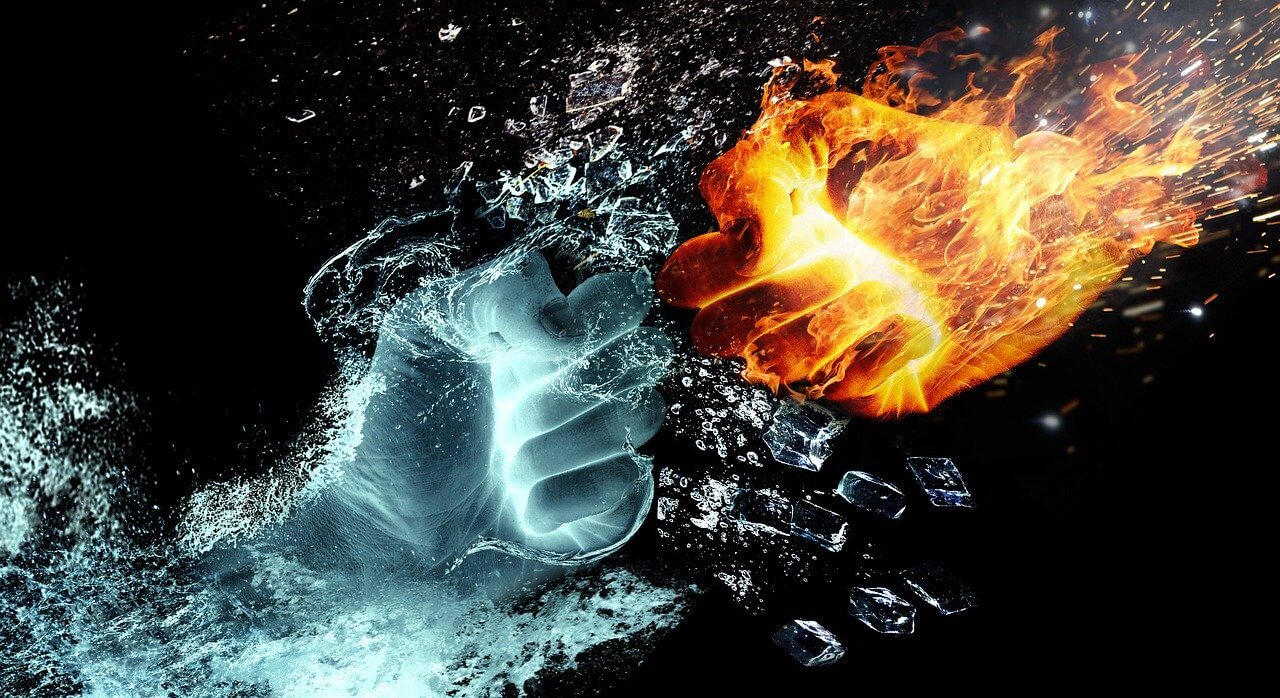 At the end of age when the world we live in is destroyed and the judgement call is sounded, the Bible talks of sinners being thrown into the eternal fire. This is the destination of the evildoers, the angels of darkness, and the devil, their master.

This fire represents punishment and judgement, and it is eternal. That means it will continue burning forever and ever. In the book of Matthew 25:41, the Bible says:

“Then he will say to those on his left, “Depart from me, you cursed, into the eternal fire prepared for the devil and his angels.”

Revelation 19:20 talks of the lake of fire as the second death for the worshippers of the beast. It symbolizes punishment and eternal suffering.

The Anointing Of The Holy Spirit

The Bible in the new testament has placed a huge significance on the power and work of the Holy Spirit. Jesus instructed his disciples many times that they should wait until the Holy Spirit comes to give them the power to continue with their spiritual journey and mission.

The Bible records an incidence in Acts 2:3

“And divided tongues as of fire appeared to them and rested on each one of them.”

This was the anointing of the Holy Spirit that came in the form of tongues of fire. Thereafter we see the disciples speaking in foreign languages. This was symbolic of the power that had come upon them.

Although we don’t see the tongues of fire today whenever there is an anointing of the Holy Spirit, it is always believed that the fire falls on the spiritual realm as people are filled with the Holy Spirit.

Fire razes down and destroys. This is not just a day-to-day occurrence but symbolic of other forms of destruction as well. The bible has this to say about the potential of the tongue to cause a fire. James 3:5

“So also the tongue is a small member, yet it boasts of great things. How great a forest is set ablaze by such a small fire!”

It symbolizes the destructive ability of the tongue in the words we say.  Our words may cause harm or destroy relationships with people we love, care and respect. It is an indirect call to watch what we speak when we speak it, and how we speak it.

In several instances in the Bible, fire has been used to symbolize the wrath of God.  In Deuteronomy 4:24, the Bible openly declares that

“the LORD your God is a consuming fire, a jealous God.”

In Isaiah 66:15, the prophet describes God vividly as:

“For behold, the Lord will come in fire and His chariots like the whirlwind, to render His anger with fury, and His rebuke with flames of fire.”

God has used fire as a weapon of destruction against his enemies. In Numbers 11:3, the Bible reads:

“So the name of that place was called Taberah, because the fire of the Lord burned among them.”

Fire has been used in the Bible as an instrument of purification. Drawn from the ancient practices where precious metals we passed through fire to remove the impurities; the Bible uses this analogy to symbolize spiritual purification.

In Zechariah 13:9 the Bible reads:

“And I will put this third into the fire, and refine them as one refines silver, and test them as gold is tested. They will call upon my name, and I will answer them. I will say, ‘They are my people’; and they will say, ‘The Lord is my God.’”

In 1 Peter 1:7 and Isaiah 48:10 the Bible keeps on referring to the refiner’s fire in the sense of purification.

Fire is powerful and the Bible brings out different symbolisms of fire from God’s wrath to his presence to eternal damnation among others. The get the right symbolism and interpretation, you must understand the context.

If you are interested in further understanding of the Bible symbolism, this is an interesting piece on the role of the walls in the Bible.

2 thoughts on “What Does Fire Symbolize In The Bible?”