What Happens If You Receive Communion In Mortal Sin?

Mortal sin is the most serious kind of sin recognized in the Catholic Church. It severs you from God’s Grace. If you fail to confess and correct your ways, you’ll be ultimately condemned to eternal damnation.

On the other hand, communion is one of the most sacred sacraments. You are partaking of the body and blood of Jesus.

You can probably already see how sacrilegious it would be to mix mortal sin and communion. They are like night and day – they do not belong together.

We discuss this question in more detail below, but here’s a quick answer right from the Bible on what happens if you receive communion in mortal sin.

So then whoever eats the bread or drinks the cup of the Lord in a way that is unworthy [of Him] will be guilty of [profaning and sinning against] the body and blood of the Lord.

What Is Mortal Sin? 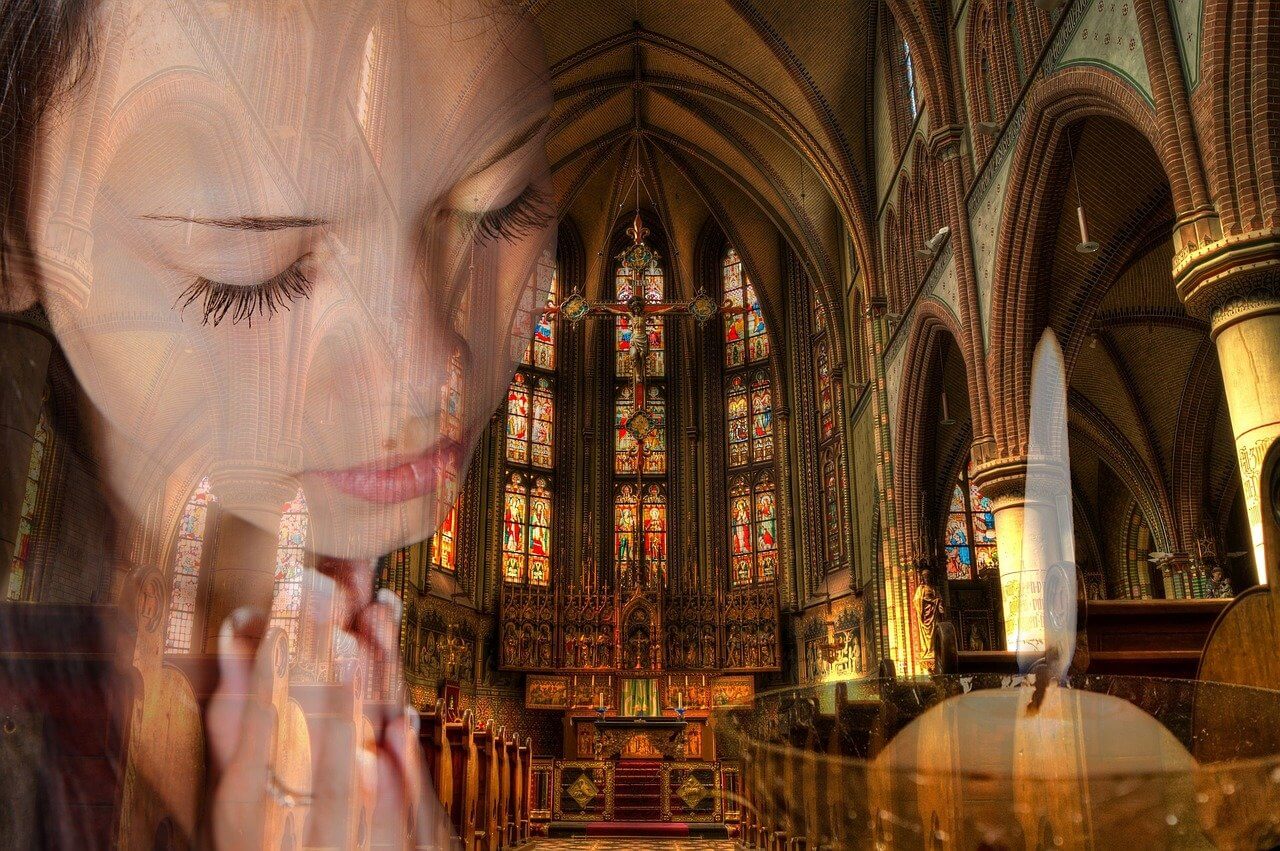 Most of the sins we commit on a daily basis are venial sins. They are usually not grave wrongdoings, and sometimes we are not aware that we are actually sinning.

These venial sins still hurt your relationship with Christ and weaken your soul, but it does not completely remove you from God’s grace.

A mortal sin, on the other hand, is serious (typically one the sins covered under the ten commandments), is committed with your full knowledge, and with your deliberate consent.

These three conditions must be fulfilled for a sin to be considered mortal. Mortal sin is considered so serious because you have deliberately chosen to walk away from God’s grace. You’ve chosen you’d rather live in sin, and ultimately be condemned to hell. You have rejected God’s love.

Here’s what the Catechism of the Catholic Church says regarding the consequences of mortal sin (CCC 1861).

Mortal sin is a radical possibility of human freedom, as is love itself. It results in the loss of charity and the privation of sanctifying grace, that is, of the state of grace. If it is not redeemed by repentance and God’s forgiveness, it causes exclusion from Christ’s kingdom and the eternal death of hell, for our freedom has the power to make choices for ever, with no turning back.

Why Is Communion So Sacred? 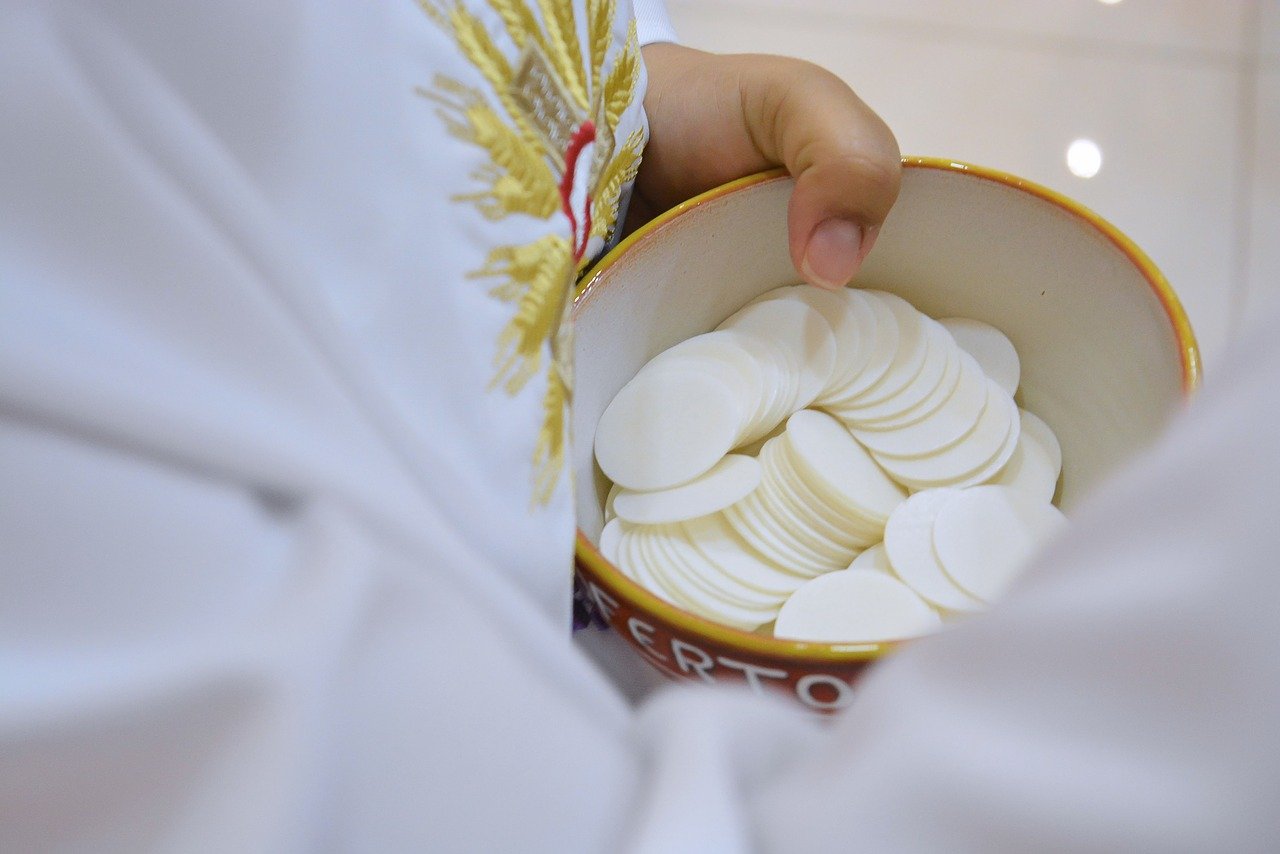 So Jesus said to them, “Truly, truly, I say to you, unless you eat the flesh of the Son of Man and drink his blood, you have no life in you.”

That’s from John 6:53, and it tells us why it is very important to partake of the communion. It also tells us something else that many people get confused about.

You may have heard some Catholics saying that the bread and wine are simply symbols or representations of the body and blood of Christ. This couldn’t be further from the truth.

Once the priest has consecrated the bread and the wine, they become the body and blood of Christ. This is called ‘change of substance’ or transubstantiation.

So now, imagine eating and drinking the very divinity of God while living in mortal sin.

From the verse we quoted in the beginning (1 Corinthians 11:27), the obvious conclusion is that taking communion when you are unworthy of it is blasphemy.

And blasphemy that’s committed with full knowledge and willingly is a mortal sin.

As if the first mortal sin is not bad enough, you add another on top of it. What happens if you receive communion in mortal sin?

No, you probably won’t be struck by lightning in front of the priest, or collapse and die as soon as the bread touches your mouth.

But by committing this mortal sin, you are removing yourself even further from God’s grace. And mortal sin, if unconfessed, eventually leads to one thing – eternal death.

What To Do If You Are In Mortal Sin?

If you are living in mortal sin (you can ask your local priest to make the judgement if you are not sure you are in mortal sin), the first thing to do is go to confession and repent.

Next, if it is an ongoing sin like fornication, stop.

Once you are in a state of sanctifying grace (after penance and earnest reconciliation with God), you can receive the communion as long as you’ve fulfilled all other requirements.

2 thoughts on “What Happens If You Receive Communion In Mortal Sin?”