What Do Crows Symbolize In The Bible?

Many people tend to confuse crows with ravens. While the two may appear to be of the same character, the Bible mentions about ravens but not a single time about crows.

That notwithstanding, both are of the same family and have deep symbolism and meanings in Christianity.

To set the record straight, ravens are larger and compared to the crows, they travel in pairs and not in murders like the crow. Read on to learn more on what do crows symbolize in the Bible.

Crow As A Symbol Of God’s Provision 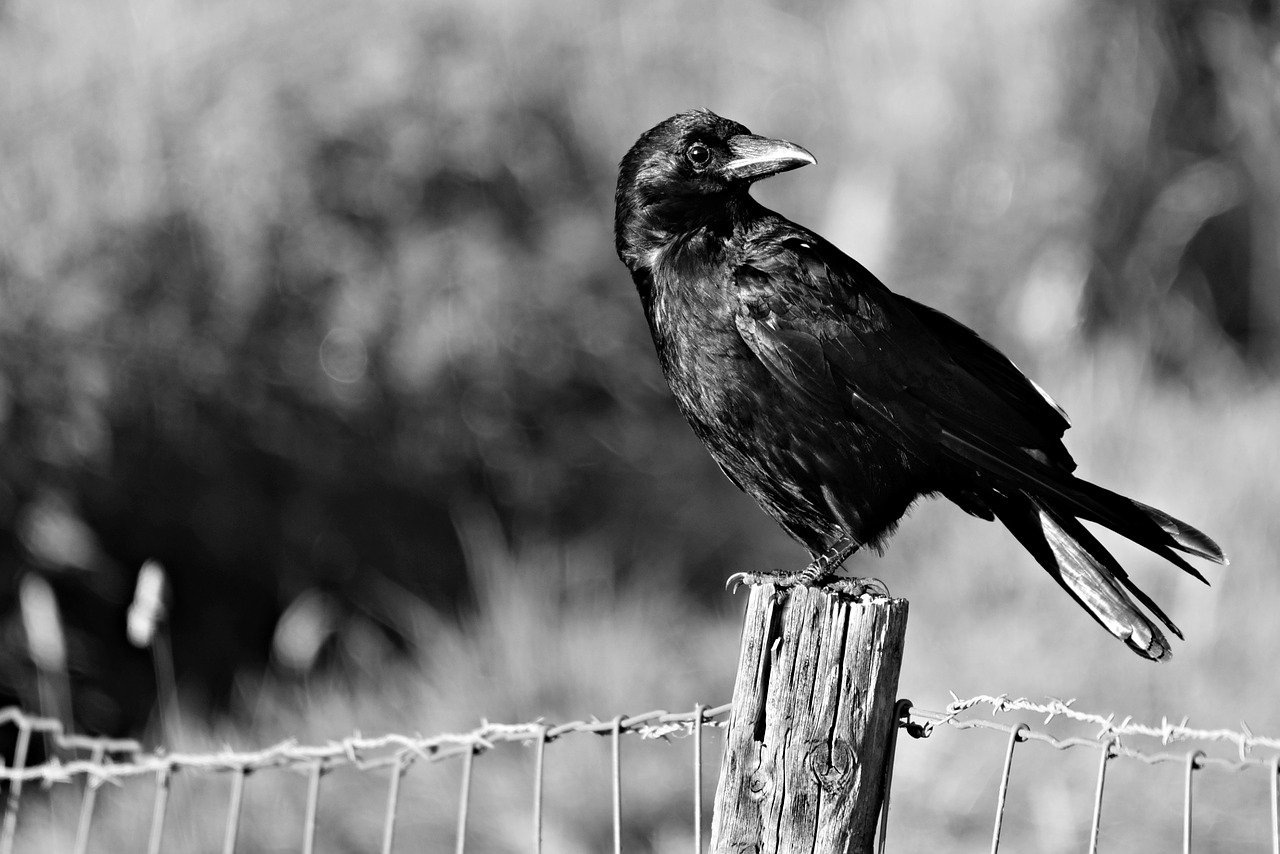 The bible has used crows as messengers of God to provide for his people. In Job 38:41, God told Job that he cares for his people and all creations. He mentions of feeding the ravens.

Both Jesus and the Psalmist refer to the crow in the theme of provision. In Psalm 147:9, the Bible says,

“He provides food for the cattle and for the young ravens when they call.”

“Consider the ravens: They do not sow or reap, they have no storeroom or barn, yet God feeds them. And how much more valuable you are than birds!”

One interesting aspect about crows and their relationship with the provision is their unique behavior called caching.

This is whether they eat part of the food they get upfront and save some for a later date. Unlike other birds and animals, crows have a perfect memory of where they keep their food.

In the desert when Elijah felt weak and abandoned, God used a raven to bring him food. God shows his limitless care for his people and demonstrates how he can use even the most unlikely messengers, a crow, to bring food to man.

In the spirit of provision, God expects us to share our love and care by providing for other people in need. It is not reciprocity but rather an extension of God’s care over our lives.

The Crow As A Messenger

In the Old Testament, the crow is presented as Noah’s helper. In the book of Genesis 8:6-7, the Bible reads,

“After forty days Noah opened a window he had made in the ark and sent out a raven, and it kept flying back and forth until the water had dried up from the earth.”

The raven is used a messenger by Noah to enquire whether the flood was still raging or it has subsided.

Instead of returning, the raven roams the face of the earth prompting Noah to send a white dove as a second attempt. The dove came back with a green olive twig on its beak. The raven did come but it was much later when the earth had dried up.

The flying around of the crow for all that time until the flood had ceased is an indication of how strong of a messenger it is. The stamina and the tireless scouting is unmatched.

The flying to and fro of the crow symbolizes God’s direction in our lives to ensure that all is safe before he lets us out into a situation.

The fact that the crow didn’t return as fast as the dove doesn’t make it any inferior or worse of a messenger but it is a trait of God working in his calendar to deliver the best results for us. 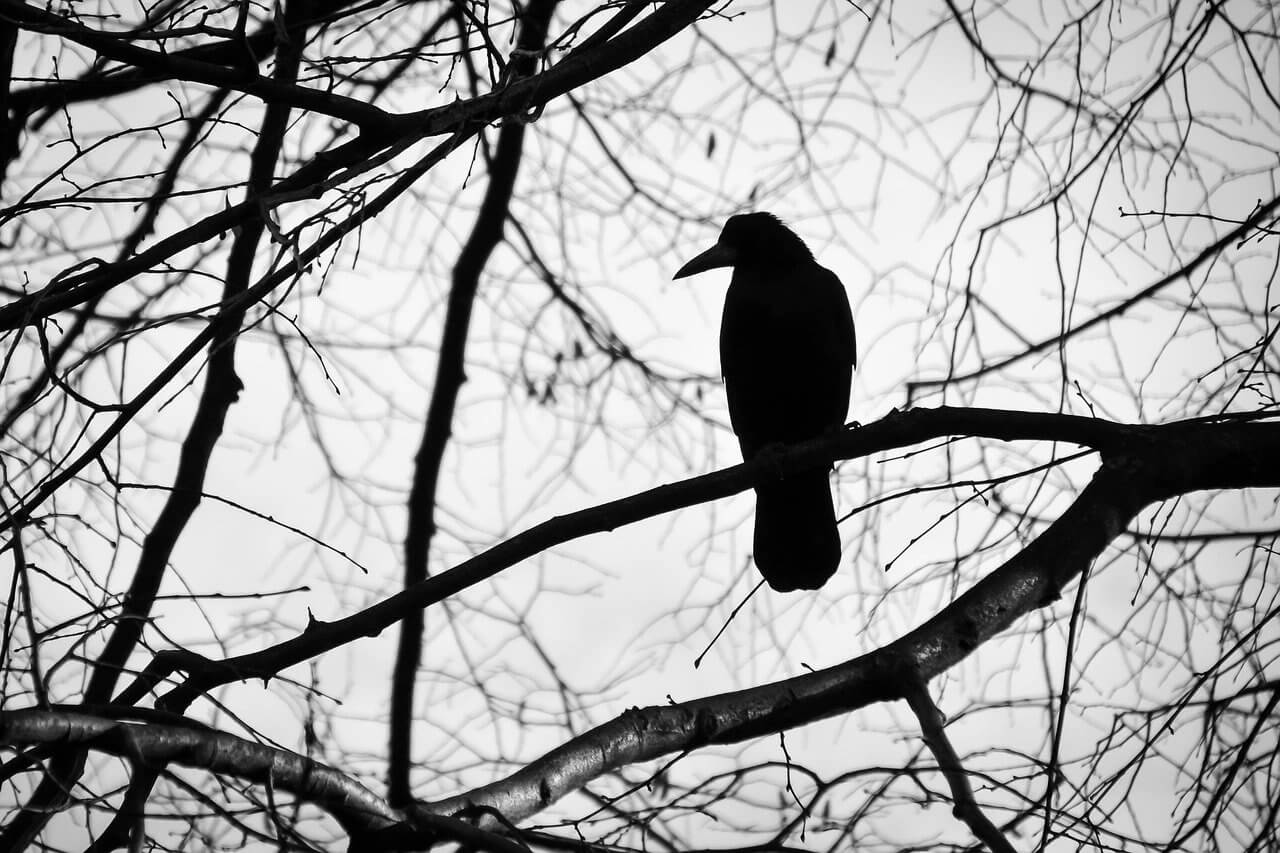 The bible directly communicates that crows are not clean animals. According to the rules and regulations guiding foods to be eaten and those to be avoided, the Bible singles out certain animals including the raven.

“These are the birds you are to regard as unclean and not eat because they are unclean: the eagle, the vulture, the black vulture, 14 the red kite, any kind of black kite, 15 any kind of raven.”

According to scholars, the raven may have been included in the list because it eats other unclean birds.

Cleanliness and purity of the human soul is the epitome of Christian ideals. Anything that brings uncleanliness is to be avoided at all costs.

Therefore, a raven or crow symbolizes those things in life that you shouldn’t do or practice as they may taint your character or personality.

When a crow appears, it could be a warning that you have exposed yourself too much to unclean spiritual environments (similar to the flies symbolism).

This could be habits that the Bible doesn’t allow such as sexual immorality, deception, pride, covetousness and the like.

You need to check if any of that is present in your character or if you are associating with someone similar to lure you into such habits.

The Bible upholds family values including respect and honour to parent and the senior members of the family. In proverbs 30:17, it is recorded,

“The eye that mocks a father, that scorns an aged mother, will be pecked out by the ravens of the valley, will be eaten by the vultures.”

This verse talks of punishment for disobedience.

The raven is used as an instrument to dispense punishment to the offender. God doesn’t tolerate disobedience and especially of one’s parents.

Depending on your circumstances, a crow may appear to relay a message to you that you need to watch your moves and interactions with people.

You could be setting yourself up for punishment without knowing. Examine your life and most importantly your relationships with those close to you.

The prophesied destruction of Edom was such that all people would be killed save for a few animals. The raven was one of those animals that would remain as recorded in Isaiah 34:11,

“The desert owl and screech owl will possess it; the great owl and the raven will nest there. God will stretch out over Edom the measuring line of chaos and the plumb line of desolation.”

The conditions represented here are challenging just like the circumstances that we find ourselves in. However, the raven carries the spirit of resilience and that of an overcomer.

We too can overcome whatever the world throws at us. We are victors and survivors.

Don’t give up even when you go through the toughest of times, just like the crow, you shall hover to and fro and occupy the lands despite the tough circumstances.

Here is an interesting article about pigeon symbolism in the Bible if you are interested in learning more.

3 thoughts on “What Do Crows Symbolize In The Bible?”